Level playing field for everyone: what can the state do for the development of entrepreneurship 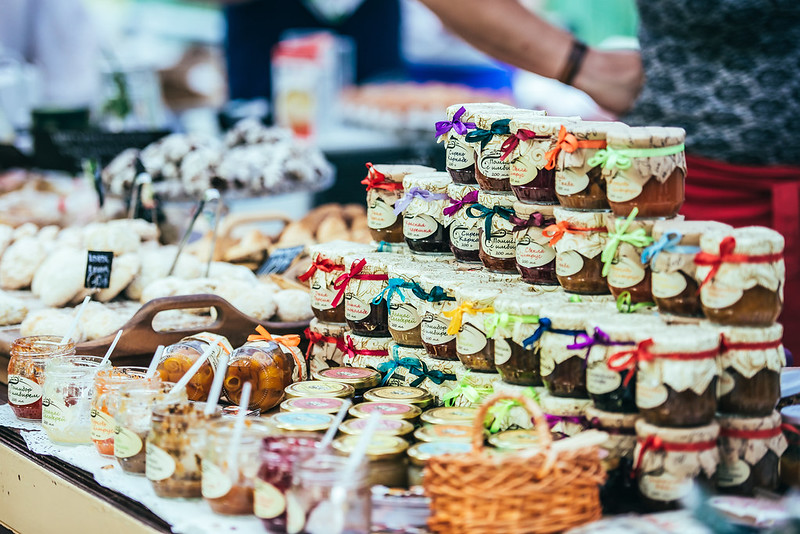 Serious legal problems arise for Ukrainian entrepreneurs more often than financial ones. And sometimes they can lead to the shutdown of the enterprise. Of course, the pandemic added to the difficulties: 43% of entrepreneurs at the end of 2020 assessed that the risk of their bankruptcy is high. This is data is from survey by EU Project Pravo-Justice. Meanwhile, small and medium-sized enterprises account for more than 90% of all existing in Ukraine and have a significant impact on the development of the state. What actions of the government and parliament are needed for such business to develop according to the best European models?

The number of small and medium-sized enterprises in Ukraine exceeds 1.5 million and employs more than 60% of the working-age population. Therefore, the state just cannot ignore this part of the private sector: therefore, Members of Parliament and Ministers must pay special attention to the problems of small and medium-sized enterprises, says Dovydas Vitkauskas, Team Leader of EU Project Pravo-Justice.

"It is very important to recognize their role and understand that without small and medium-sized businesses it is really difficult to expect gradual social and economic development of the state," said Dovydas Vitkauskas.

The consequences of legal problems can be fatal, says Iryna Butyrska, coordinator of Chernivtsi Regional Justice Reform Council, advocate. From raider seizure of land or crops or termination of lease of premises to revocation of license and closure of the enterprise. After all, small businessmen often do not have a money "airbag", so they can not last long in turbulence.

"Legal problems may block the activities of small and medium-sized businesses, and, as a rule, inevitably lead to negative economic consequences such as the cost of involving an advocate or the cost of paying certain fines," says Iryna Butyrska.

First and foremost, according to the findings of the survey entrepreneurs point out three main legal problems they face. The first and largest are disputes with customers and business partners. More than a third of businesses are involved in them. Problems with the state - mainly licensing and taxation - occur in 16-18%. Another group of problems is raiding and fraud or land problems. 22% of respondents encountered them. At the same time, the last group of problems is specific to Ukrainian entrepreneurship: in Western Europe they are almost non-existent, says Dovydas Vitkauskas, Team Leader of EU Project Pravo-Justice.

The reason is Ukrainian legislation being imperfect.

"As far as raiding or fraud is concerned, this problem does not exist in Western Europe or it is not significant," said Dovydas Vitkauskas. "The reason is insufficient data security in Ukraine both in terms of technical features and legal presumptions. Ukraine still has document-based operations. You come to the authority with a document, and only on its basis, a presumption is established; but it can be illegal. In the Scandinavian and Baltic countries, legal presumptions are established by data in electronic registers rather than by documents. Therefore, a person who comes with a paper document will not incline the state authorities to act in his/her favour, and this is very important as far as protection of property rights, rights to property, rights to business are concerned."

Dovydas Vitkauskas emphasizes that the best-ranked European countries in terms of Doing Business long ago introduced e-government. It is not enough for Ukrainian authorities only to declare "State in a smartphone", gradual steps are required to implement this concept. To do this, first of all, the Parliament must adopt a law on registers which has been registered for two years, says the Team Leader of EU Project Pravo-Justice.

"To have a 'state in a smartphone' requires the role of the state to be more focused on users - on people and, of course, on business as a key user of public services," says Dovydas Vitkauskas. "The government is taking positive steps, yet there are still some structural mistakes. For example, registers need to be organized in terms of who collects what data. The security and proper protection of electronic data must be ensured. Currently, the registers are scattered across different ministries: today there are more than a hundred registers in Ukraine. And each ministry manages them as it wishes, without coordination. This makes it very difficult to guarantee the quality and security of the data they collect.”

Business in Ukraine still suffers from the fact that there is no level playing field, emphasizes Dovydas Vitkauskas. Often the state itself does not pay debts to the private sector: both the authorities and state-owned enterprises.

"In Ukraine, the private sector is discriminated against every day in favour of public business which does not pay debts, does not go into bankruptcy proceedings, hides financial problems from society," said the Team Leader of EU Project Pravo-Justice. "And in general, the number of state-owned enterprises in Ukraine is too high: while there are no more than 100 of them in European countries, there are 3,500 in Ukraine."

With the support of international partners, Ukraine has already moved towards the state of law with good conditions for business, emphasizes Dovydas Vitkauskas. In particular, the Code of Bankruptcy Proceedings has been adopted, which enables conducting this procedure in a transparent and fair manner. In addition, the moratorium on debt collection from state-owned enterprises has been lifted: although the document still covers up to UAN 100,000, this is a step forward, experts say. Also, a few years ago, private enforcement officers started working in Ukraine, they are five times more effective than state enforcement officers.

International and domestic lawyers believe that small and medium-sized businesses should be accountable, but free. In these conditions, to resolve the largest category of disputes - those with clients and business partners - it is effective to introduce mediation, i.e., pre-trial settlement of disputes. The pertinent draft law has already been adopted in the Ukrainian parliament in the first reading.

“Disputes between business partners are resolved first through negotiations and it is very good, and if the negotiations failed, then they land in commercial courts. And although commercial courts are trying to resolve the issue as soon as possible, the proceedings still take at least three months. A good way to resolve disputes with partners could be via mediation: pre-trial dispute resolution with the help of a mediator. And at present it is planned to introduce such a mechanism,” says Iryna Butyrska.

In general, dialogue between entrepreneurs and the legal community is important for business self-regulation, emphasizes Dovydas Vitkauskas, Team Leader of EU Project Pravo-Justice. And he calls on businesses to not only be recipients of public services but also to actively participate in law making and reforms, to make their proposals.

To make effective self-regulation work, the state is required to actively promote legal awareness activities, emphasizes Iryna Butyrska, coordinator of Chernivtsi Regional Justice Reform Council. For example, lawyers and civil servants can make explainer videos to communicate amendments to laws and business processes. After all, entrepreneurs solve most legal problems on their own: only 6% of small and medium businesses have a full-time lawyer in accordance with the above survey.

Successful cooperation between the state and business requires both parties to make efforts, emphasize the experts of EU Project Pravo-Justice. Particularly important steps to improving business climate in Ukraine are further deregulation of entrepreneurship combined with business accountability, as well as government awareness that they should help citizens and make entrepreneurship easier and more transparent, not merely control and punish.