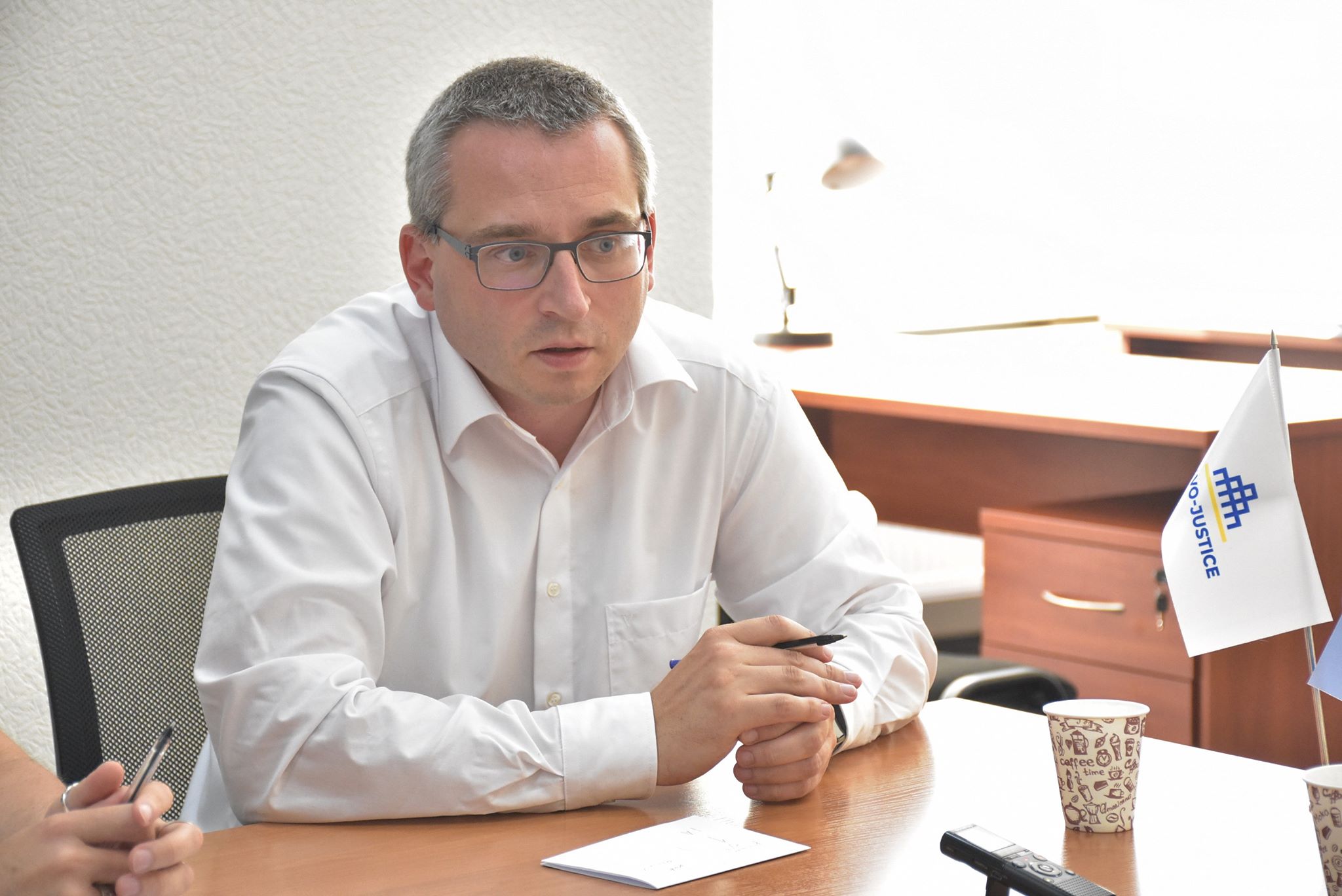 This story was published by the sud.ua and is reprinted with permission.

Are you familiar with the profession of Insolvency Administrator?

I acted as Insolvency Administrator in several cases.

How the bankruptcy institute is operating in Germany?

We have a single procedure for both legal and natural persons. There are various ways in which this procedure can be initiated and how it can be performed. Typically, for legal entities, such a procedure ends with either liquidation or continuation of business operations after restructuring. That is, the legal entity repays its debts (partially) and continues to work as usual. Natural persons can hope for debt discharge, but it only happens after a certain time.

What are the reasons for filing for insolvency?

There are three different types of reasons. The first is illiquidity. The second is delayed illiquidity. The third type - discharging excessive indebtedness. Regarding the latter type, if the volume of liabilities of an enterprise exceeds the volume of its assets, this is called over-indebtedness. For a long time, by 2008, this was one of the most common causes of bankruptcy proceedings. But then a financial crisis struck, and many creditor would have gone bankrupt, unless the procedure is changed. Then the German Parliament introduced the rule: if a person or institution has positive liquidity (in German called: positive Fortbestehensprognose) over the ongoing and next business years, the person is not considered to be over-indebted. That is considerd , if their revenues exceed expenditures and the result is positive, the bankruptcy procedure should not start against them.

In Germany, the lack of liquidity is defined as the failure to pay at least 90% of the debt within the next three weeks.

What is delayed illiquidity?

A situation may arise when a person understands that they will not be able to repay their debts to creditors somewhere in the future (without being illiquid directly or being over-indebted), that they will not have sufficient liquidity to pay off liabilities, including retirement obligations, as compulsory payments. In this case, the person may apply for liquidation.

How long will these procedures take?

In Germany, there is no specific duration of the insolvency procedure, because it may include numerous civil lawsuits. And the period of their consideration cannot be forecasted. There is a recommendation that for smaller companies this procedure should conclude in 5-7 years, but some cases have been going on for more than 15 years.

Please describe, how the bankruptcy proceedings are carried out in general?

Everythings depends already, who is filing – the debtor or the creditor. When a court receives a claim from a creditor, it appoints an expert witnessto the company by its order to verify the authenticity of the data in this claim and to find out if there are grounds for opening the insolvency procedure. As a rule, this expert witness may then become the insolvency administrator in respect of this company. If there are grounds, the court will start a preliminary proceeding, which can last up to three months.

If the debtor files for insolvency, usually there is a preliminary insolvency administrator appointed.

Should the company be sold as a whole to an investor in an asset deal, the insolvency administrator will wind up the remaining business and collect the claims as described above.

For natural persons, the procedure is different. If a creditorenders files a claim, a procedure similar to the expert witness is conducted, and at this stage, the debtor himself must submit a filing for insolvency, as well as a filing for the debt discharge proceeding. Practically, two proceedings are conducted in parallel.

How the debtors' assets are sold?

In Germany, this is not necessarily done through an auction. Most assets at the time of bankruptcy are already passed on to creditors as the collateral. Thus, the creditor can independently sell these assets and reduce the amount of their claim. Of course, you can put assets to the auction. In Germany, auctions are open - everyone can come and see what is being sold. Also, online auctions are held. But the organization of such an auction differs greatly from how it happens in Ukraine. In Germany, there are certified evaluators that can assess the value of assets, they can sell them themselves, and they have their own online e-platforms, or use existing commercial platforms.

In Germany it is not obligatory to sell everything exclusively online. This is the first big difference. Secondly, we do not have a centralized platform and general rules. If widely known standard platforms or commercial platforms are used, auctions are conducted according to the rules of these platforms. And, thirdly, in Germany, the level of transparency of auctions is not that high as in Ukraine. Since the information about who is the auction participant is not disclosed.

If a debtor conceals some property and wants to pay less, do insolvency administrators search for such assets and bank accounts?

First of all, the debtor is obliged to provide information on his entire assets to the formulator within the scope of the insolvency application. This information must be truthful and complete. If the opposite turns out to be the case at a later date, it is to be assumed that the debtor will be prosecuted under criminal law. Irrespective of this, however, it is standard that the insolvency administrators consult the usual registers (in particular for real estate).

Against which categories of debtors the court may not open bankruptcy proceedings?

There are only three categories of debtors who cannot be recognized insolvent. These are federal lands, state authorities and cities. All other legal entities and individuals can be subject to bankruptcy.

What are the peculiarities of the institute of insolvency administrators in Germany?

The insolvency administrator takes responsibility with regard to any company with which he/she is dealing and is responsible for any damage caused by his/her actions. They receive a fee from proceeds of the sale of any debtor's property, which is paid to the insolvency estate. An insolvency administrator cannot infringe upon the rights of persons not related to the financial matters (voring rights, right to marry or divorce).

Who appoints an insolvency administrator – the creditor or the court?

An insolvency administrator is always appointed by the court, but creditors can suggest a candidate. The court will always have the decisive word.

How one can enter the profession of insolvency administrator?

There is no special certificate of insolvency administrator?

No. The court issues a letter of appointment for specific proceedings, and this is the only document to confirm powers.

Do insolvency administrators have their self-governance organization?

Is there the Code of Ethics of an insolvency administrator in Germany?

Yes, such Code does exist, but it is formed by the profession itself, not developed by federal or state bodies.

Who controls the compliance with the provisions of this Code?

There is a private organizations called, which controls the compliance with good practices of the insolvency administrators work and provides certification. There is also another organization providing certification under ISO 9001 standards (regarding to the German Insolvency Code (InsO) named InsO 9001).

That is, certain certificates do exist. How they are issued?

So, the state does not control the quality of insolvency administrators' work in any way?

State control is carried out not over the profession in general, but over every case in which the court controls the actions of the insolvency administrator.

If any of the parties has claims to the work of insolvency administrators, these are resolved by the court?

Yes. Claims are sent to the court by a letter, it forwards the issue to the insolvency administrator to provide explanations. Usually explanations are provided directly to the creditor with a copy to the court. Should this not be sufficient in exceptional cases, the court will deal with the case and take concrete measures of supervision. These may consist of additional requirements or - in the worst case - of a replacement for the office of insolvency administrator with another person.

What are the possible sanctions?

The insolvency manager is fully controlled by the court, especially in terms of financial operations. The court can exercise control independently or may involve a third party, such as a tax consultant or a certified auditor, in order to check the accounting records of the administrator. If significant errors are detected, the court will not appoint this administrator to handle other proceedings anymore. It may even dismiss the administrator from the ongoing proceedings, and appoint another one. Moreover, if the new insolvency administrator, upon accepting a case, finds further violations, he has the right to present claims against the results of his predecessor's work, on a par with creditors.

How many insolvency administrators there are in Germany, and how popular this profession is?

A few years ago there was a belief that you can earn a lot of money in this work. In the end, it turned out that you have to struggle to get a case, because competition among insolvency administrators was quite strong. Nowadays in Germany there are about 2,000 insolvency administrators. From 500 to 800 of them work exclusively as insolvency administrators, and do not engage in other activities. In Germany every year about 100,000 cases of bankruptcy of individuals are considered, and, according to the previous year data, about 11,000 cases of legal entities bankruptcy are ongoing. However, the good economic situation in Germany in recent years should be taken into account here. For the current year (2019), around 13,000 new corporate insolvencies and around 110,000 private insolvencies are expected. If the economic situation continues to deteriorate, both figures will continue to rise. However, the number of private insolvencies usually reacts 1-2 years later to the increased (or decreased) number of corporate insolvencies.

How deeply did you research the Ukrainian realities in this area and what experience Germany can share with Ukraine?

We are in the process of understanding the new Ukrainian insolvency law. Unfortunately, there are very few documents from the legislative process, so we are depending on numerous discussions. These discussions show us, however, that the new Ukrainian insolvency law is very different from the previous one and that new challenges will therefore also arise for the courts, the insolvency administrators and the creditors as well as the debtors. In concrete terms, we are involved when it comes to finding solutions to the new challenges and explaining how we in Germany have solved this or similar challenges - sometimes this can be done through direct application of insolvency law, sometimes other laws or even amendments have been needed for this.

It is then the opportunity for our discussion partners to evaluate the solutions we have found in Germany and to examine whether they can be implemented in a similar way or in exactly the same way or perhaps in a completely different way in Ukraine.